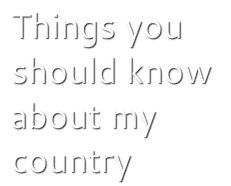 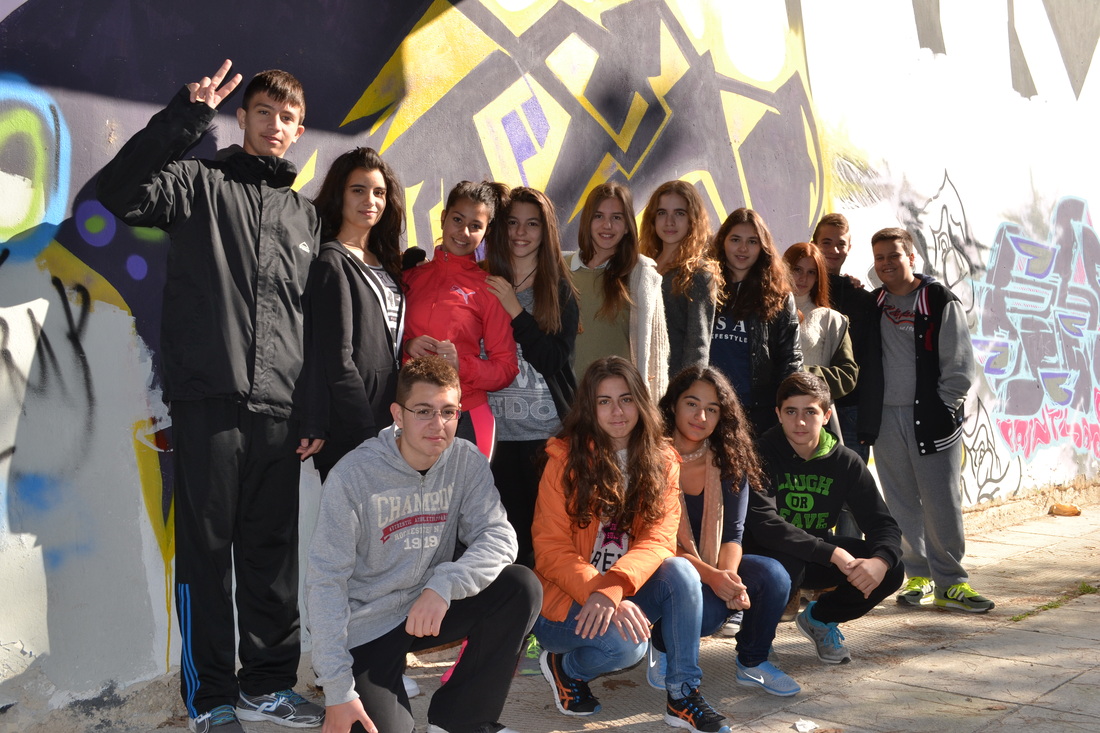 Hello our European friends!
Welcome to a wonderful trip around Greece with us, class C of 10th High School of Ioannina.

﻿Do you know where our country is exactly on the map????
That's right!!!
Greece lies on the southern-east coast of Europe,in the Mediterranean Sea

our first destination  is THE ACROPOLIS in Athens (You should know that Athens is the capital city of Greece)﻿
The entrance to the Acropolis was a monumental gateway called the Propylaea. To the south of the entrance is the tiny Temple of Athena Nike. At the centre of the Acropolis is the Parthenon or Temple of Athena Parthenos (Athena the Virgin). East of the entrance and north of the Parthenon is the temple known as the Erechtheum. South of the platform that forms the top of the Acropolis there are also the remains of an outdoor theatre called Theatre of Dionysus. A few hundred metres away, there is the now partially reconstructed Theatre of Herodes Atticus.

All the valuable ancient artifacts are situated in the Acropolis Museum, which resides on the southern slope of the same rock, 280 metres from the Parthenon.
It's worth taking a short visit to this magnificent museum
We hope, in the very near future .this new museum of the Acropolis will house the Marbles Of the Parthenon which are hosted now in the British Museum,London after they were illegally taken by Elgin.
These beautiful and unique pieces of art,dating back thousands of years,now have the perfect home awaiting their eventual return to their home city of Athens.
Let's move northern now to THESSALONIKI. It's the second largest city of our country and many songs have been written for this beautiful historical city. 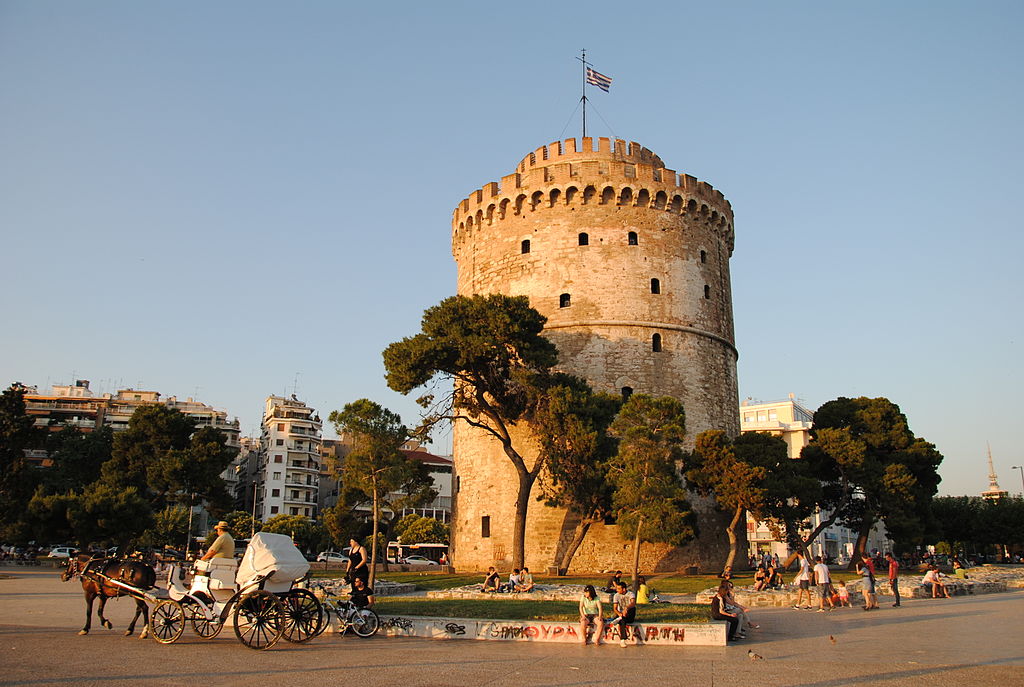 One of the city's leading tourist attractions is THE WHITE TOWER OF THESSALONIKI. which is a monument and museum. The present tower replaced an old Byzantine fortification which was mentioned around the 12th century and reconstructed by the Ottomans to fortify the city's harbour.It became a prison at that time and place of mass executions.
After Greece gained control of the city in 1912 the exterior was whitewashed and it has been adopted as the symbol of the cirty.
Santorini (Fira) is a magical Greek island enveloped in mystery and charm. Often referred to as the “crown jewel of Greece,” Santorini continues to be one of the most popular destinations in the country, becoming one of the world’s top honeymoon spots. Santorini has some of the most unique geographical characteristics of any other island in the world – it was literally formed by a series of catastrophic volcanic explosions over the course of thousands of years. The result is a wonderland of steep cliffs, ebony volcanic rocks and mesmerizing ocean views, actually Santorini, and the picturesque town of Oia in particular, is reputed to have the most beautiful sunsets on Earth.

If you travel to Santorini you shouldn’t  skip visiting the Akrotiri.  Nowhere in the world is there anything similar. Visiting Akrotiri is like travelling in time. Walk around the streets and squares of a pre-historic city of 30.000 inhabitants(!), admire the elegant mansions and high finesse of the 17th century B.C.

The Santorinian architecture is really unique. Yposkafo (cave house) was the type of house built by the poor society class of Santorini in order to stay protected by the gusty winds. Nowadays, famous architects have turned these cave houses in modern and luxurious holiday resorts. It is worth to experience (even for one night) the claustrophobic feeling you get when you stay in a cave house, its characteristic smell and the direct access to caldera.

why don't we have a look at one of the best known greek places  worldwide??? 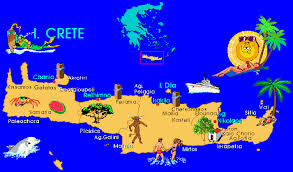 By Andrew Velogiannis.
Crete , is the largest and most populous of the Greek islands, the fifth-largest island in the Mediterranean Sea, and one of the 13 administrative regions of Greece. The capital and the largest city of Crete is Heraklion. It forms a significant part of the economy and cultural heritage of Greece while retaining its own local cultural traits (such as its own poetry, and music). Crete was once the center of the Minoan civilization

﻿﻿﻿﻿﻿﻿﻿﻿﻿﻿﻿﻿The Minoan Palace is the main site of interest at Knossos.,the capital of Minoan Crete.
According to tradition, it was the seat of the wise King Minos.The Palace of Knossos is connected with thrilling legends such as the myth of the Labyrinth,with the MInotaur and the story of Daidalos and Ikaros.
The first excavation started in 1878 by Minos Kalokerinos and many years later Sir Arthur Evans uncovered the entire place.
But Crete is worth visiting not only for historical reasons but also because it combines natural beauty with recreational activities.﻿﻿﻿﻿﻿﻿﻿﻿﻿﻿﻿﻿ 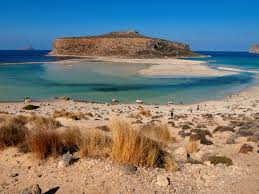 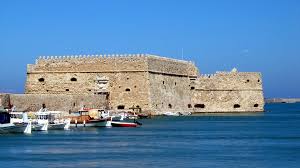 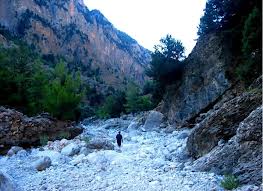 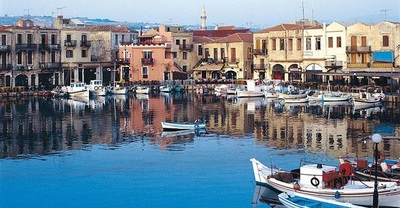 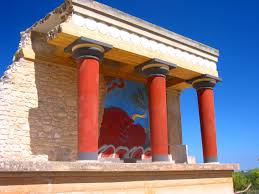 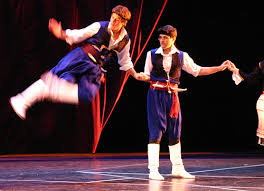 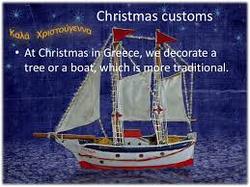 Christmas in Greece means a Christmas Tree, plastic or natural, lights and decoration in the houses and out of them, presents for everybody and a special Christmas lunch with the family or friends or both!
We also make traditional sweets like melomakarona,diples ,kourabiedes and isli. 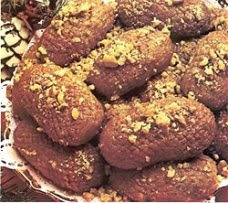 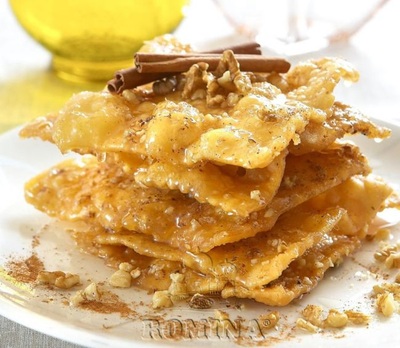 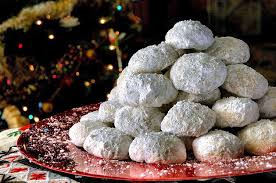 ﻿﻿﻿               BYBYBB   BYbyashdhajscdshja
﻿﻿﻿Greek cuisine is a Mediterranean cuisine, which includes olive oil, vegetables and herbs, grains and bread, wine, fish, and various meats, including lamb, poultry, rabbit and pork. Also important are olives, cheese and yogurt. Greek desserts are characterized by the dominant use of nuts and honey.

I think that most of you, know one of our country's best-known speciality : t﻿he greek moussaka﻿. Well , it's really  tasty!!!

Other specialites of Greece are greek souvlaki and pita gyros , which is basically consisted of tomatoes , onions , potatoes , jajiki (a type of yogurt ) and pork meat!!!

Oh, I forgot to mention the greek salad (or horiatiki salata) which is made of tomatoes , cucumbers , onions , peppers , feta cheese , olive oil , vinegar and salt.

﻿I should﻿ also mention two other traditional dishes of our country : fasolada and fakes (lentils) that have for basic ingredient legumes and both of them are cooked and eaten especially in winter.

Well ,  Greece is famous around the world for drinks like  ﻿ouzo﻿ and  tsipouro which contain alcohol and people prefer  to drink them with ice!
If you want something smoother there are tasteful wines ,too,like Moschato.